It looks like Google updated the search interface for tablets and switched to the mobile UI. The previous tablet interface was an interesting combination between the desktop and mobile UIs.

Here's a screenshot from Safari for iPad: 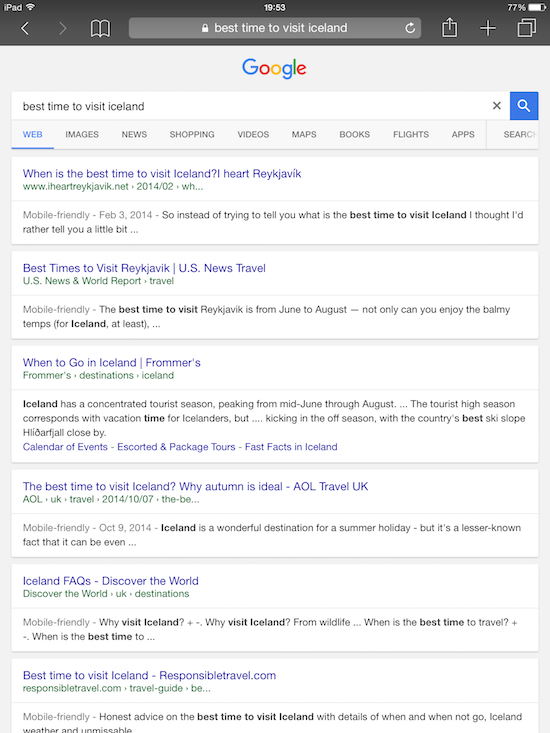 And here's a screenshot from Nexus 7: 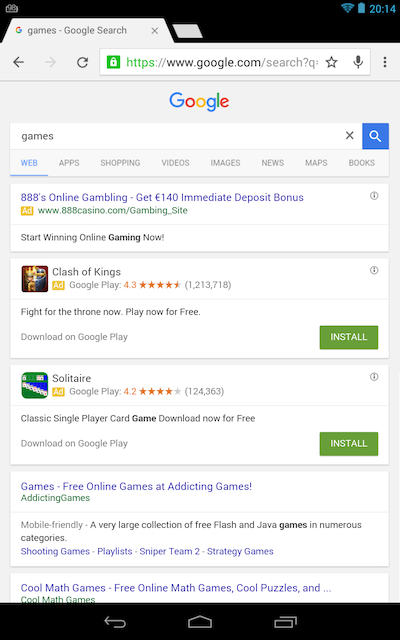 It's strange to see that Google still shows the "mobile-friendly" label, even though it's not that important for tablets. It's also weird that Google abbreviates long URLs, while there's enough space to display the entire URLs. Google switched to the mobile UI and forgot to optimize it for tablets.
Alex Chitu at 11/05/2015 10:08:00 AM